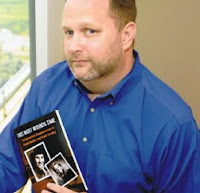 From his office on the 71st floor of Bank of America Plaza, the highest point in the city, Shawn Sutherland has a clear view of everything in Dallas.

But it's an event that occurred more than 22 years ago, in a location still unknown, that Sutherland is most concerned with today.

Sutherland is at the center of a media blitz promoting his new self-published book, This Night Wounds Time, a methodical look at the 1988 disappearance of Newman Smith High School seniors Stacie Madison and Susan Smalley, the subsequent investigation, and its status as one of North Texas' most infamous unsolved mysteries.

"Anyone living in or around the area in the late '80s remembers the story, and they know what’s meant when someone mentions 'those two girls'," Sutherland said.

Exactly where the story of "those two girls" ends is yet to be determined. What is known is sparse: Stacie Madison and Susan Smalley, two high school students quickly approaching graduation, went out in Dallas one night and never returned.

Stacie’s yellow Ford Mustang was found parked on Forest Lane, with the girls' belongings locked inside, and was returned to her family without being fingerprinted or searched. The spring break timing of their disappearance left the Carrollton Police Department doubting foul play until nearly a month later, and after two decades, not a single arrest has ever been made.

This may soon be changing. According to Sutherland, with the publication of his book, a number of people have come forward with new information and in some cases, startling revelations. One particularly substantial development: The Denton County District Attorney's Office has become involved with the investigation after a possible link to the area was revealed in the book.

Sutherland has also confirmed that he has been working with Carrollton police as a consultant — giving him access to the case files and new evidence, including a renewed focus on specific leads generated in 1988.

Sutherland said he is pleased with the increased attention his book, which he is selling at cost, has brought back to the girls' story, and the enthusiasm of the Carrollton Police Department in investigating the case.

But he won't be fully at peace until the case is solved, and the Smalley and Madison families know what happened to their daughters that fateful night.

Posted by Shawn Sutherland at Thursday, June 03, 2010 No comments: