By Sara Story, Denton Reporter
The Carrollton Police Department is are asking for the public's help in solving a case that happened more than 20 years ago.
Two teenage girls, Stacie Madison and Susan Smalley, vanished in March 1988. Their disappearance remains a mystery.
Sgt. Joel Payne said investigators reopened the case two years ago, following up on every lead.
"You get to know these girls and realize that these are very typical, late '80s teenagers, getting ready to graduate high school and go to college," Payne said. "We could paper the building with the number of leads and information that came in, but unfortunately, nothing led to a conclusion."
Police said a group of pictures could be the missing piece to this puzzle.
"We are down to a last grouping of things that really don't make any sense to us, and this [the photos] is one of them," Payne said. "Who are these people? They may be nobody significant, but we would like to talk to them."
Authorities are not calling the men in the photos suspects, simply people they need to identify and talk to.
"These people knew these girls, and they knew them relatively close to when they disappeared," Payne said.
He's asking anyone who thinks the people in the photos look familiar to contact the Carrollton Police Department.
"I am convinced somebody out there knows what happened to these girls," Payne said.
Posted by Shawn Sutherland at Wednesday, December 28, 2011 No comments:

This Night Wounds Time is now also available for purchase [in English] in France, Germany, Great Britain, Italy and Spain.
Posted by Shawn Sutherland at Monday, October 10, 2011 No comments: 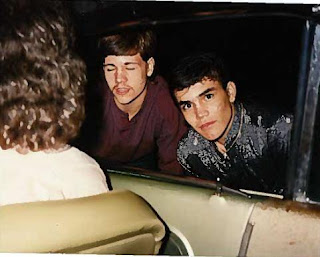 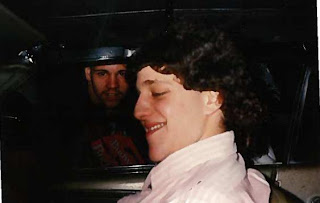 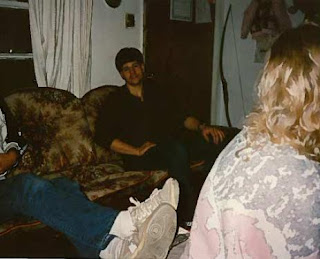 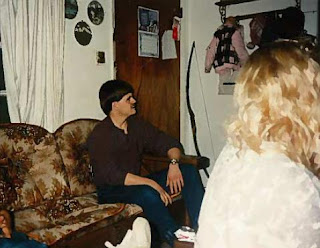 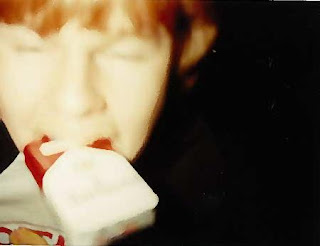 Posted by Shawn Sutherland at Saturday, June 04, 2011 No comments:

My thanks to both of Ms. Forte's classes for their interest in the Madison/Smalley case and their generous words of support.
Posted by Shawn Sutherland at Saturday, April 30, 2011 No comments: 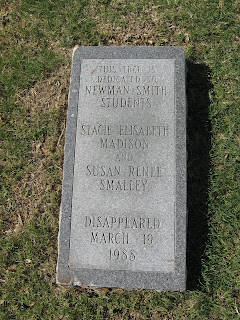 Readers of This Night Wounds Time may recall that Susan Smalley's mother is quoted on Page 107 of that book as saying, "I always look at March 19th as the day Susan disappeared, as this was the last day I saw her."

Our prayers and good wishes go out to the Madison and Smalley families today and every other day.
Posted by Shawn Sutherland at Saturday, March 19, 2011 No comments:

Update re: Chapter 17 of "This Night Wounds Time"

As the readers of This Night Wounds Time may know, the individual identified as "Jason Lawton" in Chapter 17 of the book was the subject of a criminal investigation in a state other than Texas in 2010.
That investigation, wholly unrelated to the March 20, 1988 disappearance of Stacie Madison and Susan Smally, resulted in "Lawton" being charged in September 2010 with multiple counts of physical and sexual abuse.
This case was set to go to trial on Monday, February 28, 2011.
Under the American system of justice, one is innocent until proven guilty, and it must be noted that the charges against "Lawton" were dismissed on Friday, February 25, 2011. The charges that were dismissed are as follows:
* Two counts of criminal abuse, first degree, with a child under 12 years of age;
* Three counts of wanton endangerment, first degree;
* One count of assault, second degree;
* One count of terroristic threatening, third degree;
* One count of distributing obscene material to minors, first offense;
* Three counts of indecent exposure, first degree, first offense; and
* One count of intimidating a participant in a legal process.
Insofar as is known, a domestic violence charge brought against "Lawton" in 2010 by his fourth wife remains pending as of this writing.
Posted by Shawn Sutherland at Saturday, February 26, 2011 No comments: 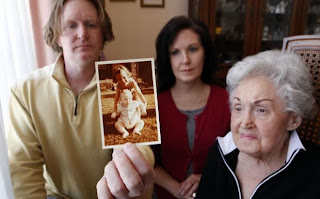 In the preface to This Night Wounds Time, I write, "The equation is a simple one: solved mysteries are revisited by the media ad nauseam while cold cases - the ones truly needing exposure - languish." Therefore, doing my part to promote other cold cases, I'd like to draw everyone's attention to a story featured in the January 29, 2011 edition of The Dallas Morning News, which tells the story of Myrisha Faye Campbell and A.J. Campbell, Jr., two children missing since 1958:

Posted by Shawn Sutherland at Sunday, January 30, 2011 No comments:

"Those who are alive receive a mandate from those who are silent forever. They can fulfill their duties only by trying to reconstruct precisely things as they were and by wresting the past from fictions and legends."

- Czeslaw Milosz, accepting the Nobel Prize for Literature in 1980

Posted by Shawn Sutherland at Thursday, January 27, 2011 No comments: 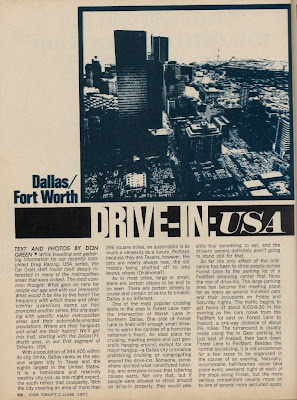 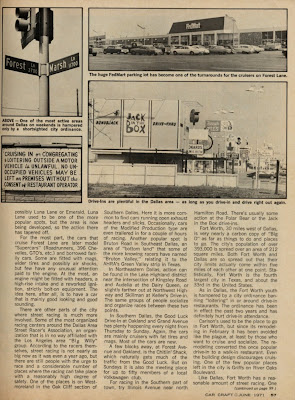 Posted by Shawn Sutherland at Tuesday, January 25, 2011 No comments:

The article "Reconnecting can lead to connection in case" by James Roth, which was originally published on July 16, 2010 in The Carrollton Leader, was recently included among that newspaper's "The top 10 stories of 2010 in Carrollton."

Posted by Shawn Sutherland at Saturday, January 01, 2011 No comments: